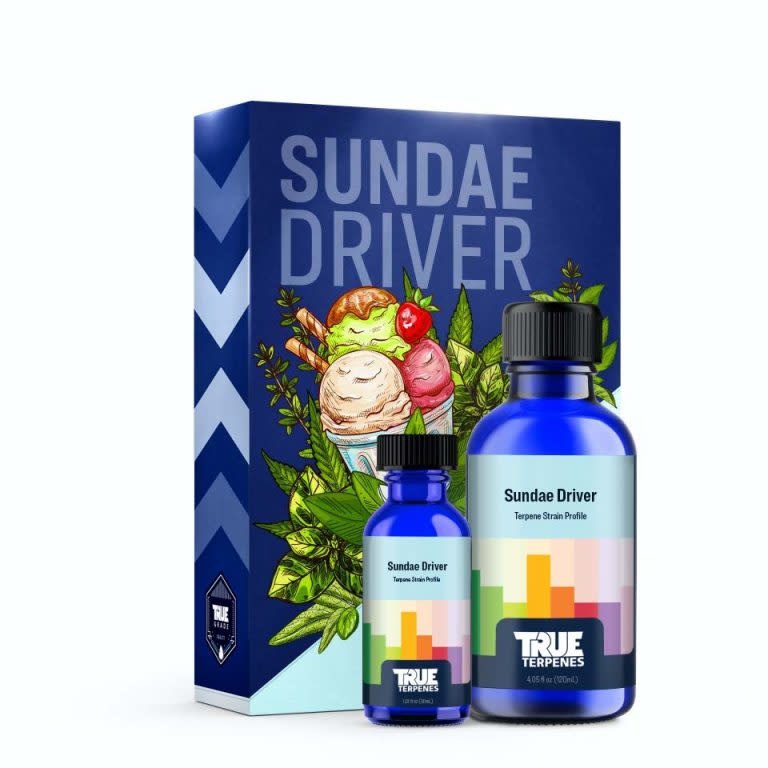 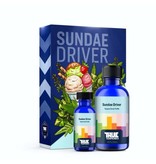 Sundae Driver is a strain that emerged on the scene in 2017 and wasted no time in generating a name for itself. The indica-dominant strain received massive buzz for its quality, dense trichomes and nugs that span a range of colors. Since debuting in 2017, Sundae Driver has made list after list of must-have strains for smokers and growers alike.

With a lineage stemming from parents Grape Pie and Fruity Pebbles, Sundae Driver boasts an earthy, green, pungent aroma in addition to cuts of sweet caramel. The combination of aromas is one of the primary factors that began the buzz around Sundae Driver. Mixed with the flower’s colorful mix of green, orange and purple colors – an evident trait from Fruity Pebbles – and it is no surprise that Sundae Driver generated significant interest from the industry.

Sundae Driver’s effects tend to leave you with a mellow high that shouldn’t give anyone feelings of being overwhelmed. Much like a Sunday drive, expect a heavy dose of pleasant, peacefulness to set it. With its balanced ease, Sundae Driver is an ideal strain for a chilled Sunday afternoon just as much as it helps ease you into a pleasant lie down.

The hype surrounding Sundae Driver reached such a high point that received buzz from the likes of their growing partner The Jungle Boys – the Los Angeles-based medical cannabis growers with a reputation for setting indoor growing on its head. You may also know Jungle Boys for their work around top strains like Mimosa, Wedding Cake and many more.

After Cannarado sent their cross to L.A., the buzz blew up thanks to Jungle Boys’ already established reputation, some dynamite photos and press support. The market desire reached a height when Sundae Driver seeds went for $2,500 at one auction.

With such a high selling price for its seeds, it came as little surprise when Ivan of the Jungle Boys told CannabisNow that Sundae Driver became one of the company’s biggest propagations to date. Ivan also told Tryke Cultivator about the lengthy process it took to narrow down to the best of the bunch. “We popped around 500 seeds on this one…So just imagine 500 different phenos — as if your parents had 500 different kids — and the #12 ended up being like the Michael Jordan of the bunch.”