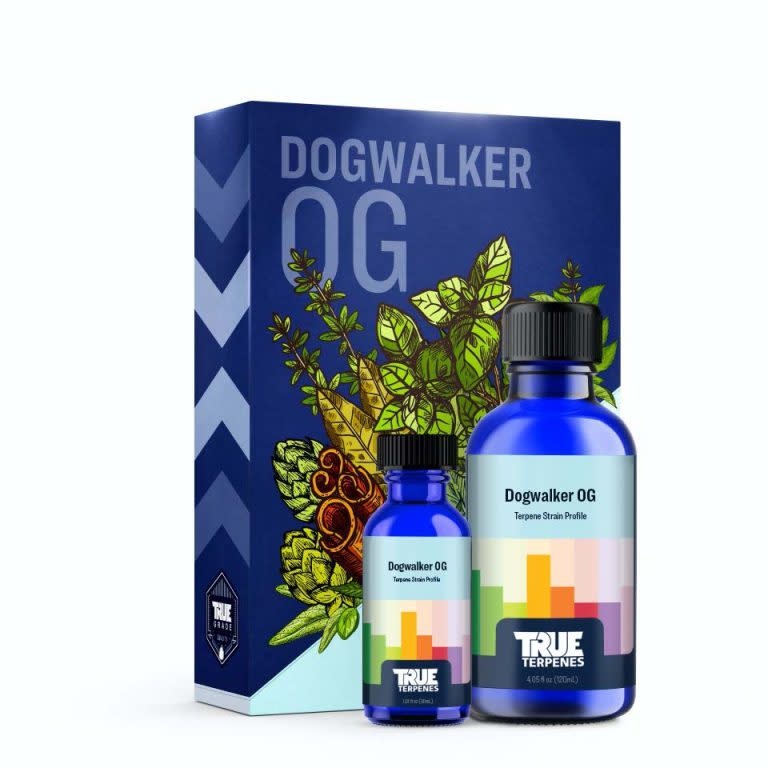 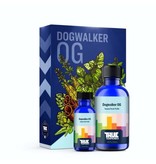 Effects: Soothing, restful, strong peacefulness that radiates throughout the body

Dogwalker OG is an indica-dominant hybrid known for its pungent aroma that helped give the strain its name. Considered by some to be an acquired taste, Dogwalker OG comes from crossing Albert Walker and Chemdawg 91. The result is a potent flower that has been known to overwhelm even some of the wiliest cannabis consumers out there. With effects that please the whole, it is no wonder why some consider it their go-to strain for physical activity just as much as it can be for indoor creative activities.

While not confirmed, the largely held belief surrounding Dogwalker OG’s name comes from its aromatic profile. Its fragrance is known to feature earthy notes with wood, spices and fuel. When combined, these scents can smell like a wet dog. Now, while that may be an issue with a pooch in the living room, it is actually quite alright with cannabis. As such, it may be an acquired taste, but one that is worth warming up to. This is especially true when the same aromas make up its flavors when combusted. This experience can be especially strong and has been known to overwhelm some.

Dogwalker OG leans into its indica-dominant characteristics by providing consumers a largely spiritual experience. Above all else, Dogwalker OG is known for being a soothing strain that is perfect for easing consumers into slumber. It is just as suitable for helping wash away distractions as it is for improving focus. Consumers should also expect heavy doses of happiness and euphoria that may accompany a giggle fit along the way. It may also be wise to have snacks around as an uptick in hunger is often associated with Dogwalker OG.

With a prominent aroma and tremendous potency, Dogwalker OG is a strain that has had people talking. After developing the acquired taste, consumers tend to discover that this is a strain that provides just about the complete experience. Find out for yourself if you haven’t yet.