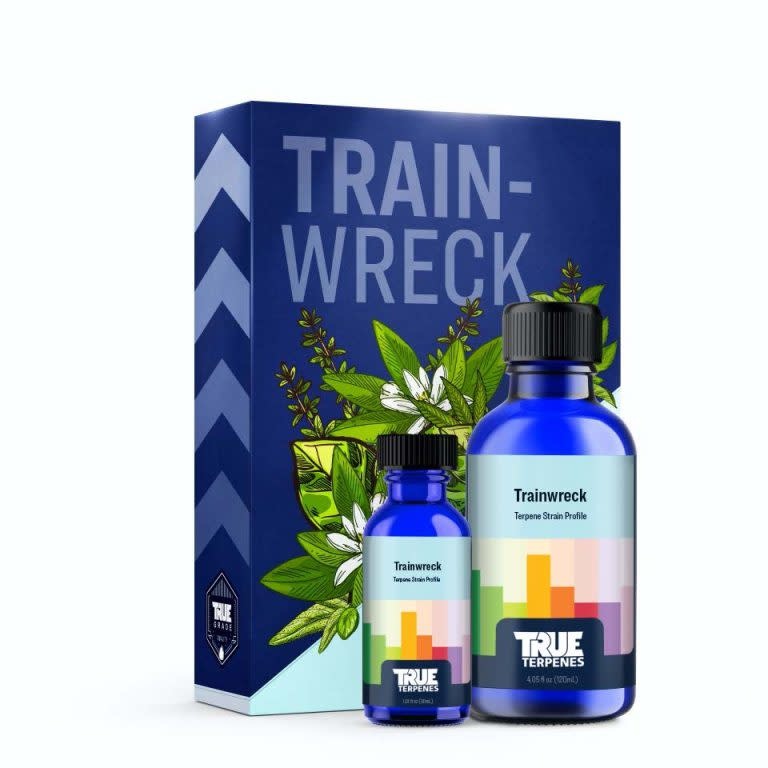 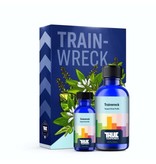 Trainwreck is a Northern California sativa with a legacy that lives up to its region’s reputation. While many believe that its name originates from its above average effects, others contend that it is a nod to the 1970s trainwreck that forced cultivators to uproot in fear of being caught. Regardless of the origin, the combination of Mexican and Thai sativas with Afghani indica produced a strain that is credited with easing a series of discomforts while providing an intense uplifting.

Like its effects, Trainwreck’s aroma hits with a dank wallop. Notes from the Earth are the most present aroma, with pine particularly notable. Sweet fruit notes mix with floral scents to underscore and round out its aromatic profile. When combusted, Trainwreck continues to offer hefty servings of pine for an earthy experience. Some also picked up a skunky taste while others report additional flavors more in line with its aroma. Either way, people are usually pleased.

While the origin story of the two brothers carries on, Trainwreck has undoubtedly also become the default description for its effects. The effects of Trainwreck play out like the best of both worlds between indica and sativa. While it may lock a consumer to the couch with a pleasant buzz, it can also provide a rush of excitement that comes with a rush of soothing sensations along the way. With a knack for making consumers at ease and upbeat, this high shouldn’t take much time to feel its effects. Those seeking a heavy dose of the warm and fuzzies can certainly turn to this strain.

It is not uncommon to find adult consumers gushing over Trainwreck. Its ability to ease a series of discomforts is appreciated by those in discomfort just as the person looking to ease on into the night. Now imagine if that trainwreck had played out differently. Not only would the cultivators be in a heap of trouble. Millions of people around the world wouldn’t know about one of the more beneficial strains the industry has come across.