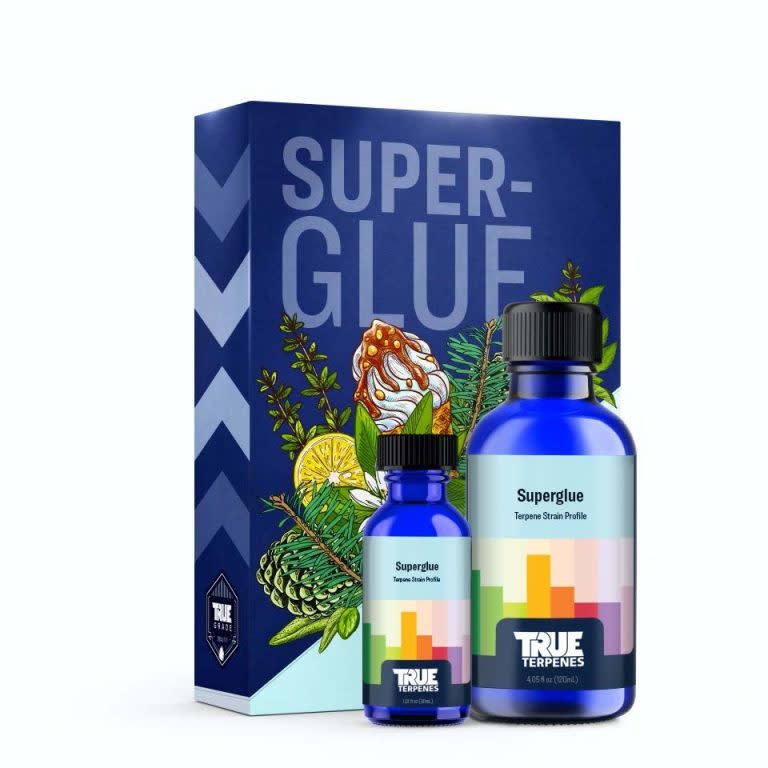 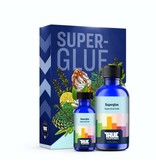 Effects: Soothing and focused. Like drinking a nice cup of matcha

Hailing from Amsterdam and representing the distinguished creations from Seedism Seeds is Superglue. The creators of this indica-dominant hybrid call it, “A pure Indica strain that expresses the desirable phenotypes of Afghani landrace strains designed to grow in all environments.”

Superglue is the creation of the previously mentioned popular indica along with the classic and potent indica Northern Lights. Despite coming from the two, Superglue is a hybrid that touts a 60:40 indica to sativa ratio. It is no surprise to see piney, earthy notes complemented by hints of citrus and sweet caramel notes rounding out its flavor profile. Meanwhile, its aromatic profile gives off an earth-meets-gas smell of pungent wood.

When asking around, you’ll likely hear rave reviews from patients and adult consumers alike who love the strain’s ability to act fast and lock you in for a long haul. With such a potent strain, it should come as no surprise where Superglue gets its name. After a few hits of this flower, you are likely to be pleasantly fused to wherever you’re currently located. Here’s hoping you chose a comfy spot because you’re probably going to be there for a while.

Such a sizable high brings several positive effects with it. Most consumers tend to report feeling soothed, happy and euphoric while remaining focused. In addition to feeling elated, Superglue users often note its ability to keep them outgoing and social despite being locked into the couch. With an ability to strike such a balance, it should come as no surprise why it is such a favorite strain among countless consumers.

As a strain that provides substantial amounts of uplifting joy while keeping you sociable and attentive through the day, Superglue checks the boxes for all sorts of users. If you’re in need for a strain to lock you down without wasting the day away, you’ll be hard-pressed to find a more apt option than Superglue.